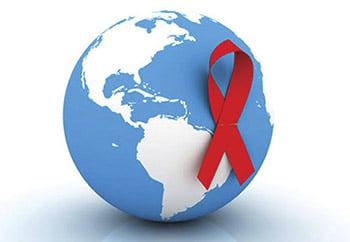 More from the International AIDS Conference

TREATMENT AS PREVENTION
At UCSF (the large hospital in San Francisco) they decided to offer HIV treatment to all with HIV, no matter what their CD4 count was. This resulted in the community viral load (total of all virus in the city) going down. They did this to prevent transmission since San Francisco is a hotbed of HIV transmission. The patients had great viral load suppression and they feel this resulted in less transmission.

ENTRY BLOCKER CAN BE TAKEN ONCE A DAY
There is a medicine that has been out for a few years that has now proven to be effective at once a day. Maraviroc blocks the ability of HIV to enter the CD4 cell. This is exciting news since it gives us another once a day drug to combine with others. It should only be used in those who have no R4 receptors (a tropism test can confirm this). If you have R4 receptors, then Maraviroc will not work.

VERY EARLY TREATMENT IS WONDERFUL
A new study showed that if you catch a patient within 10 weeks after exposure to HIV, and treat them only for a year, then they do well, even after 6 years. In the past the studies would treat them for a shorter time and that had poorer results. They are not cured, but have no need for medicine at least for the 6 years. Please note that very few people have symptoms of HIV when they first get it AND report to a provider who recognizes it AND start treatment promptly.

A CURE?
I have mentioned the bone marrow transplants that have cured some patients but are dangerous, expensive, and only for those with certain cancers. The new cells are from those uncommon few who are immune to HIV. Now they have a new strategy that is being tried on others. By giving a medication that flushes the dormant HIV out of its sanctuaries/reservoirs and then eliminating them by routine antivirals, there is hope that this might be a good strategy to modify to cure HIV infection. It is estimated that at least 10 years will pass before a cure might come, if it does. What makes HIV so hard to eliminate completely is that it mutates frequently to get around our strategies and its genes become part of our cells’ genes so we have to kill our cells to kill the HIV.

VAGINAL RING PREVENTS HIV?
A new medication released slowly from a silicone vaginal ring has shown in small studies to prevent HIV so the National Institutes of Health is funding a large, multi-national trial to confirm its effect. The advantage is that a lady will only need to insert something in her vagina monthly instead of each time for intercourse, or take a pill daily. Of course none of these methods protect against any other sexually transmitted disease besides HIV. Condoms are best for preventing most STDs, but not Herpes, Warts, or Syphilis.

NEEDLE EXCHANGE IS COST EFFECTIVE
According to a study calculating the costs and benefits, syringe/needle exchange programs are very helpful in reducing overall costs in that they prevent transmission of various diseases and therefore the need for medication and hospitalization. We knew this, but it was good to put some dollar amounts on it.

WHO DOES WELL?
Of course, those who never get HIV because they are practicing safe, monogamous sex or abstinence. Then there are those who are tested routinely and get to an HIV specialist quickly (there are free programs for testing and treatment, for legals and illegals, check it out!). Then there are those who don’t get tested or see an HIV specialist months or years later and come in very ill. They are at high risk for a very difficult life with many setbacks. You pay now or pay later and paying later is more expensive in terms of suffering.
We’ve had a few die recently in our County from not following instructions due to denial, immaturity, and/or drug use. Be an adult, admit you have the disease (get tested soon to see if you do) and then follow instructions. Legals and illegals get free help if they have little money. The virus loves it when you don’t pay attention and pretend you are HIV negative.

ASPIRIN FOR PREVENTING STROKE AND HEART ATTACKS
If you don’t have HIV then an aspirin a day is good prevention if you have high cholesterol, hypertension, diabetes, are a smoker, or have a significant family history for these 2 problems. But HIV seems to be a risk for extra clots too. Maybe we should add HIV to the list of reasons to take baby aspirin.