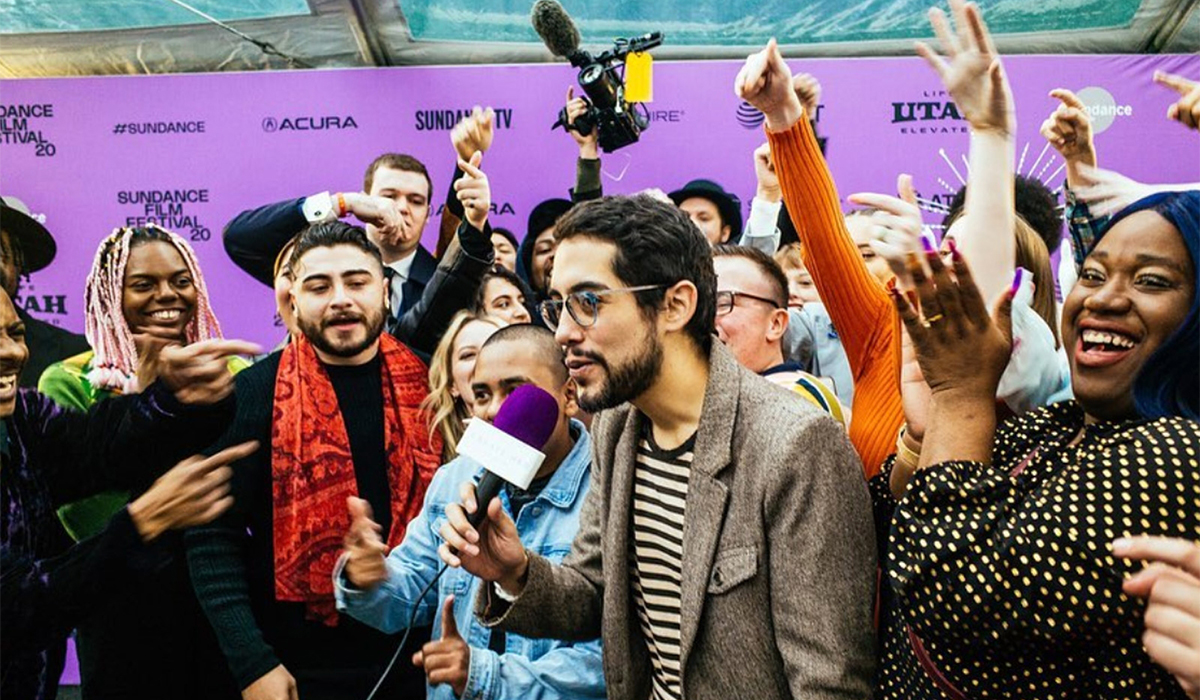 QFilms Long Beach, returns for its 28th year with a hybrid of programming options for film fans to see the best in queer cinema in person, outdoors and online. The festival began Thursday, September 30 and goes through Sunday, October 3. The festival opened up with the screening of Cortos: LatinX Queer Shorts at the Museum of Latin American Art.

QFilms continues its screenings at Long Beach’s prestigious Art Theater, but new this year will be outdoor screenings at MOLAA, and like last year, viewers can watch all the films online. Tickets range from $10 for individual presentations to $150 for a VIP All Access to all films, the Filmmakers Lounge, an opening night catered by Buono’s Pizzeria, and a Sunday brunch catered by Lola’s Mexican Cuisine served at The Center. A full schedule of the 62 films and tickets are available at www.QFilmsLongBeach.com.

“We took great care this year insuring that QFilms will be a safe place in every sense of the word for our community and our allies to join together to celebrate beautiful stories of survival, creation, comradery and romance,” said Carlos Torres, executive director of the LGBTQ Center Long Beach. The LGBTQ Center is sponsor and host of the QFilm festival every year.

Nineteen Latinx films from Argentina, Brazil, Chile, Colombia, Costa Rica, Dominican Republic, Honduras, Mexico, Spain and the U.S., are participating in the festival. Twenty films from the U.S. are directed by Southern California filmmakers. Although the festival opened up with Cortos: LatinX Queer Shorts on Sept. 30, viewers can still catch the short film series online. Also included in the Latinx lineup is Mora and Chenchi, which is about an L.A. based tween magazine writer who returns to her hometown where she re-encounters her best friend from high school for the first time in 11 years; We Are Not Who We Say We Are, tells the story of Arcoiris, a group of LGBTQI+ human rights defenders in Honduras. As Simple as That focuses on a mother who’s suspicious that her son may be gay. When she shares her doubts with her husband, to her surprise, the boy’s father knows much more about the subject than she imagined.

Feature Film
Summertime
Director Carlos Lopez Estrada’s, Summertime is a chronicle musical of spoken word poetry set in Los Angeles. Over the course of a hot summer day in Los Angeles, the lives of 25 young Angelenos intersect: a skating guitarist, a tagger, two wannabe rappers, an exasperated fast-food worker, and a limo driver. Their stories weave in and out of each other’s narratives. Through poetry they express life, love, heartache, family, home, and fear. One of them just wants to find someplace that still serves good cheeseburgers. Sorry, no such place.

Two Filipina American sisters got together with other teenage girls to play music. Little did they know their garage band would evolve into the legendary rock group Fanny, the first all-women band to release an LP with a major record label (Warner/Reprise, 1970). Despite releasing 5 critically acclaimed albums over 5 years, touring with famed bands from SLADE to CHICAGO and amassing a dedicated fan base of music legends including David Bowie, Fanny’s groundbreaking impact in music was written out of history… until bandmates reunite 50 years later with a new rock record deal.

Other notable documentaries include No Ordinary Man, a portrait of Billy Tipton, the jazz musician who after his death was revealed to have been transgender. Rebel Dykes follows a tight-knit group of friends who met at Greenham Common peace camp and went on to become artists, performers, musicians and activists in London.