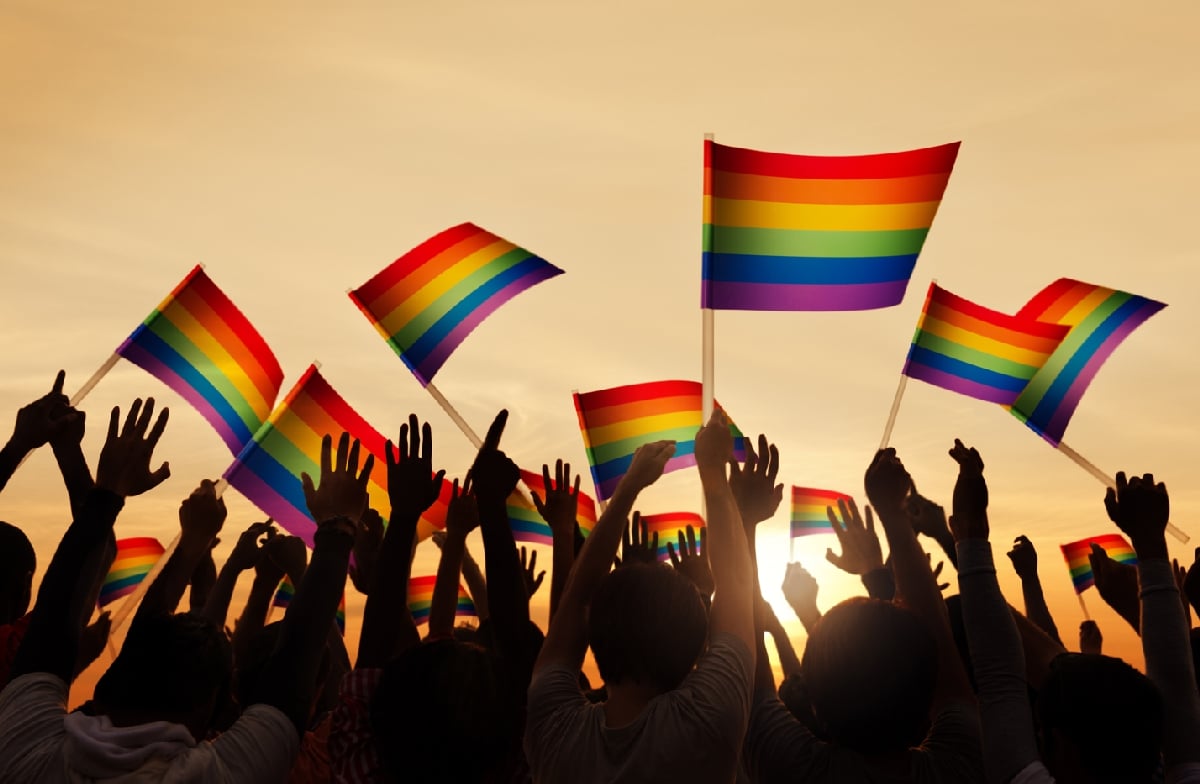 How are you, my queer ones? I hope you are doing well because this month is a month for celebrations. And also for honoring our friends and relatives who were proud to be out but are no longer with us. Yes, let us not forget about them. Que nunca se olvide!!!

Okay, we are in June and June, pandemic or not, is PRIDE MONTH, el mes del orgullo gay!!!! So now that we seem to have the pandemic “under control,” cities, states, countries, and the world are getting ready to acknowledge our existence, and of course, capitalist America is more than ready to squeeze every single penny out of us “in the name of love.” (Don’t get me started on this one, because I can go down the rabbit hole and like, Alice, it will take me two parts to get out of it.) So, let’s just move on, shall we?

San Francisco is celebrating Pride Month this year and it includes the parade—in person, queeridos!!! That’s right! You heard correctly. This year’s pride will be live and directly from the Emerald City Streets. The theme of Pride Month this year is “Love Will Keep Us Together,” which is a nice theme but, honestly, a little disappointing because we are coming back after the pandemic battle and well, I was expecting a more exciting theme in relation to the fact that we made it through. Something like, “We’re Back! Bigger, Better, and Gayer than Ever.” Lol (That’s “laughing Out Loud,” in case you don’t get new lingo!) Anyway, San Francisco Pride happens during the last weekend of June, and unfortunately it is also the same weekend that NYC Pride happens.

Speaking of New York City, NYC Pride is also happening in person this year. Their theme, which I love by the way, is “Unapologetically Us!” And the celebration as always, will be one everyone will be attending, especially after the cancelation of the last two in-person celebrations due to the pandemic. When is NYC Pride, it is always the last weekend of June. And I’m hoping you know the significance of that. If not, um, queeridos. You need to do some research.

Los Angeles Pride, better known as LA Pride! Is also back in person. And unlike San Francisco Pride, LA Pride! doesn’t seem to have a theme. It’s simply called LA Pride! Also, unlike in San Francisco, LA Pride! has its celebration divided in two: LA Pride IN THE PARK! on one day and the LA Pride Parade on another. And I hear my girlfriend Christina Aguilera is the headliner for LA Pride in the Park.

As of the writing of this article, Oakland Pride hasn’t announce if they will be having Pride festivities or not. Of course, since San Francisco is just across the bridge, having Pride in June is not necessary. Oakland, usually has its Pride celebration during the second weekend in September, so, it all goes to plan, it should happen around September 9, 10, and 11.

Further away from us, Guadalajara is having its Pride celebration in person and it is happening on two different weekends. On June 4 they will have Guadalajara PRIDE, which is a celebration of all things queer, similar to “LA Pride at the Park” celebration, including a parade. And then, on June 12 they’ll have La Marcha del Orgullo GDL, which is basically another parade, but this has a more “political” and “awareness” angle and this year it focuses on the LGBTQ+ Seniors. There is no “after party/celebration” once the parade ends.

When it comes to the motherload of pride festivities, Mexico City beats everyone. I mean, their Pride Celebration lasts five days, starting with Latin American Pride which extends the five-day pride event, including Bear Pride, a day-long Pride Festival, and Pride celebrations featuring different Latin American countries. The highlight of the festivities is, of course, the Pride Parade, which takes place on Saturday, June 25, which is followed by—are you ready for this?—an all-night ZOCALO after party. That’s right, it is an all-night pride party following the parade. This is why the parade takes place on a Saturday, so you can party all night and be completely sober and ready to go to work on Monday. Mexico sure knows how to celebrate!

And just as I talked about Pride celebrations in some cities of the US and some in Mexico, I’m sure in-person Pride celebrations will happen all over the world. That is a good thing. We need that. We really need that. At the same time, the paranoia within me makes me think that the pandemic isn’t really over and that it is simply waiting for us to be careless and will hunt us worse than before. I hope not, but just in case, as Prince said, “Party like is 1999,” queeridos! And while doing so, protect yourself.
Happy Pride/Feliz Orgullo.