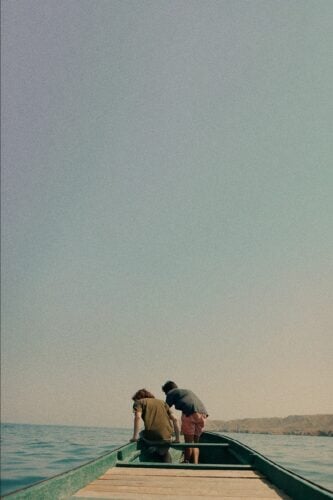 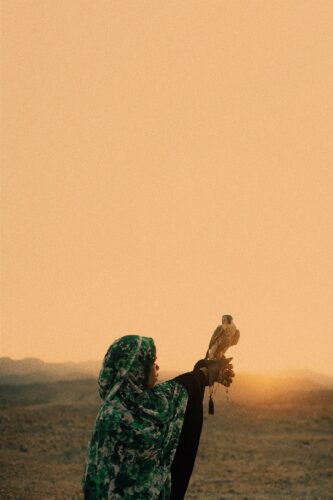 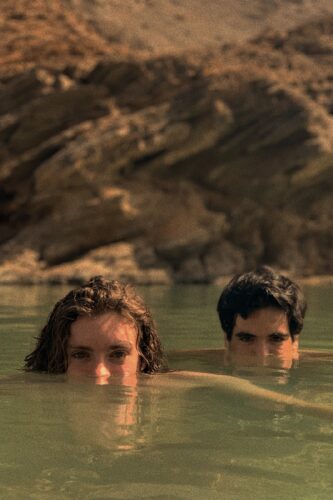 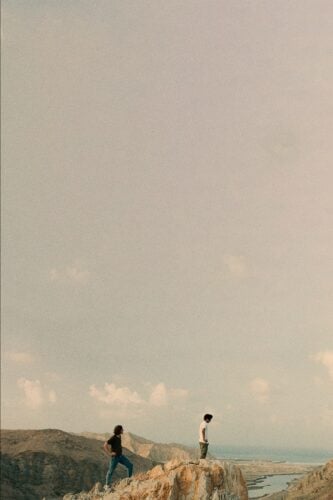 The Falconer is a movie to check out and worth watching. Although it is not a LGBTQ film, is focuses on two friends in Omen who both work with animals and are selling them in the black market. Cai the local and Tariq the wealthy Caucasian boy develop a relationship while helping the animals, themselves and their families and for a better life. With beautiful cinematography, a great script and great actors this film directed by Adam Sjoberg and Seanna Winslow inspired by true events will definitely not disappoint. Here are a few questions and the answers from the directors.

1. Tell us why there are two directors for this film, ‘The Falconer’? And a little about yourselves.
Adam discovered this story back in 2011 while he was filming his first documentary “Shake the Dust” in Yemen. At the time, Seanne was finishing production on “The Lego Movie” and looking to break away from the studio system and begin her own writing and directing career. Both of us took to this story for a variety of reasons, not least of which because we related so much to the character of Cai. Both of us have spent our lives living in and traveling to far away places. “Third culture kids” so-to-speak. We have often experienced the world as partial outsiders and have many cross-cultural friendships. As such, we have navigated the beauty and challenges that come when you live as a global citizen.
Additionally, “The Falconer” was a complicated film to produce, with many layers of logistical and philosophical challenges that were more easily navigated with the disperate skills and perspectives that we both brought to the table as individual writers and directors. Fate brought us together to tell this story as a team, and we both are working on separate projects now, but it was the perfect partnership for this particular story and we treasured the experience of working together.

2. What made you want to tell this story inspired by true events?
As soon as we discovered this larger-than-life story we were drawn in by the moral complexities and multicultural nuances inherent to the story, but we were most attracted to the friendship story because it is so near and dear to our own experiences. And although the story is based on real-life people (with whom we remain close friends), we wrote much of our own experience and journey into the characters and narrative of Cai and Tariq.

3. Was it hard to get film rights or access in Oman? And what was that experience like?
Filming in Oman was a dream come true. The country and artistic community welcomed us with open arms and were incredible collaborators. As outsiders, it was very important to us that we made a film that was not just about Oman, but was from Oman. We very much wanted to do away with tired stereotypes from the region, but we wanted much more than that. We wanted it to be grounded in local life. So we didn’t just set the film in Oman, we set it in a specific village outside of Muscat, and worked closely with a local shepherd and a whole host of other men and women to help get the cultural aspects of the story right.
And a big kudos to Nicholas Bupp, our Director of Photography, who rose to the occasion and helped make the film a visual love song to the country. If you see the film, you’ll want to travel there. It’s just a gorgeous part of the world.

4. Tell us about the two main characters.
Cai and Tariq are both on the cusp of manhood, best of friends living in the same place but navigating very different realities. Tariq has a poor family that has required him to quit school in order to help them make ends meet, and Cai has wealthy parents and his pick of international universities to choose from. Cai has big ideals, particularly when it comes to animal conservation. His view of the world and his very real concerns about animal conservation are juxtaposed against the pressing survival needs Tariq faces.

5. Were you attempting to send a message for animals?
Our film is not attempting to send any one particular message about human or animal rights. Instead, we wanted to take a real-life story and create a sort of fable that paints a complex picture of the nature of moral concern in our modern world. It’s not one or the other. It’s not humans over animals, or a more traditional culture over a more liberal, global culture. It’s all of the above. Cai and Tariq are forced to make moral choices that are not easy, cut-and-dry decisions. But the common thread is their shared humanity and their love for each other.

6. Of all the animals in the movie, why the falcon?
Well, for one thing, the real-life Cai is an avid falconer. That is, perhaps, the most true part of the whole story. And the real-life Cai (who has since studied animal conservation at University) was our animal wrangler on our set. But the falcon is also a strong symbol. Falcons are innately free animals. And the only reason the falconer-falcon relationship works, is because the falcon chooses to come back. We’ll let you watch the film and see the many ways this symbolically plays out — from Cai’s relationship to Tariq and to Oman, to Alia’s story and her own ultimate agency.

8. What is your next project?
Adam is finishing his third feature documentary film, “Songs of a Lost Island,” with NFL great Troy Polamalu about American Samoa, its history, and its connection to the game of football. Seanne just finished directing three episodes of the “Beyond Belief” reboot with Jonathan Frakes and recently re-wrote the thriller, “Nowhere” (Netflix), which garnered the movie a green light. She is slated to direct “The Extremes,” an adrenaline-packed action movie, produced by Brian Brightly and Aaron Weiderspahn. And is developing “Ilona,” a film inspired by her childhood in a German castle, which is being produced by Tore Schmidt and Benjamin Munz.

9. Where can viewers see the falconer?
“The Falconer” is out now in North America where you rent or buy films such as Apple TV/iTunes, Google Play, and Amazon Prime.