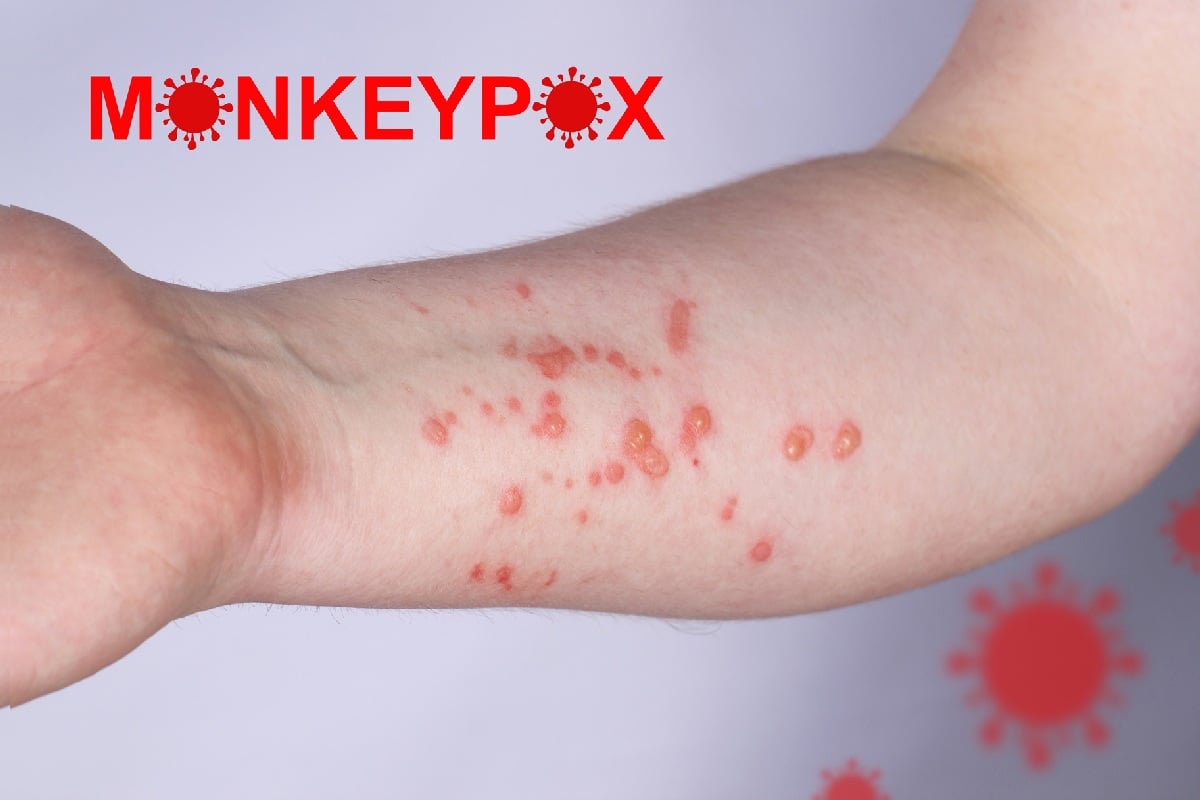 Although the virus is affecting gay and bi men or men who have sex with men, anyone is susceptible to the virus. It seems that the infection has hit the gay community first given the numbers of cases in the community out of the total cases. It is spreading through mostly close, intimate contact with someone who has monkeypox.

Monkeypox, a disease caused by infection with monkeypox virus, is a rare disease and does not naturally occur in the US. Monkeypox infections in the US are usually associated with travel to West or Central Africa or contact with imported infected animals. However cases of monkeypox have been found here in the US, and are spreading through human-to-human contact. (CDC and World Health).
Monkeypox can spread when a person has close contact with a person infected with monkeypox virus, or when a person comes in contact with materials (e.g., bedding, towels) that are contaminated with the virus.

The monkeypox virus can spread by:
• Touching monkeypox lesions on a person’s skin
• Touching contaminated objects, fabrics (clothing, bedding, towels), and surfaces that have been in contact with someone with monkeypox
• Coming into contact with respiratory droplets or secretions from the eyes, nose and mouth from a person with monkeypox

Signs/symptoms: Early signs may include fever, muscle aches, headache, swollen lymph nodes, exhaustion, and sometimes cough or sore throat. A rash may develop often beginning on the face and spreads to other parts of the body, including the hands, feet, eyes, mouth and/or genitals. Rashes may vary in severity between people and change in appearance through infection. Infections can last two to four weeks.

The risk to the US population remains low. Those who experience symptoms consistent with monkeypox, such as characteristic rashes or lesions, should contact their health care provider for a risk assessment or contact your local health department for assistance if you do not have a regular doctor. This includes anyone who traveled to countries where monkeypox cases have been reported or has had close contact, including sexual contact, with someone who has a similar rash or received a diagnosis of suspected or confirmed monkeypox.

At this time, there are no specific treatments approved for monkeypox virus infections. Most treatment is supportive, easing the symptoms of illness. However, antivirals developed for use in patients with other viral diseases may prove beneficial in certain cases. Additionally, some measures including vaccination may be given to prevent the monkeypox infection after a high-risk exposure to the virus. (Source: Los Angeles County Department of Public Health, publichealth.lacounty.gov/media/monkeypox)

For vaccine, diagnosis and treatment information about monkeypox, contact your doctor or call a public health clinic or health department.

Much of the public health messaging now out there is associating this monkeypox spread with sex, and specifically sex between men who have sex with men. Anthony Mills, MD and President & CEO of the Men’s Health Foundation says Public Health in general may be making a mistake in associating this outbreak too closely with gay and bi male sex as opposed to the body/skin contact that can occur in many different situations.

“I believe the messaging is off. I assume the spread is from skin-to-skin contact. Probably spread the same way MRSA or HSV is spread,” says Dr. Mills. “I’ve mentioned this to public health experts a couple of times. For example…people who go to dance parties and who dance in close environments where they have their shirts off and come into contact with other’s skin are at risk. If I were the monkeypox virus, I think that would be the most efficient way to transmit myself to somebody else.”

Can spread happen in gyms, and from using common workout equipment? “Spread requires some sort of contact with the virus or with one who is infected with the monkeypox virus. It is not aerosolized. It can be spread by shared towels, bed linens, shared T-Shirts, all of those things.” “I’ve never heard of transmission via workout equipment but its certainly possible; the equipment can be sweaty and it’s against your skin, so it would make sense to me,” says Dr. Mills.

Dr. Mills believes because the public health messaging is focusing too much on sexual contact others who may be at risk might get lost in the messaging. This would include the gay or bi man or trans person who may be in a monogamous relationship who goes to the dance party and comes in contact with the virus that way.

“This is not the first time that there have been public health messages that have stigmatize gay men. When they recommended across the board monkeypox precautions or the vaccine for people on PreP, I believe, that is because they think people on PreP are having more sex and thus are at higher risk. People living with HIV are also having sex and additionally maybe immuno-compromised but they did not recommend the vaccine for people living with HIV.” “I found that to be very discriminatory,” says Dr. Mills.

Local activists fear the way this is being messaged in the media could make the LGBTQ community targets for negative actions once again. The general population can become fearful about being around LGBTQ people. For sure, this virus spread will probably end up much larger in the general community because there is nothing inherently that makes this a primarily “gay” spread disease, per se.